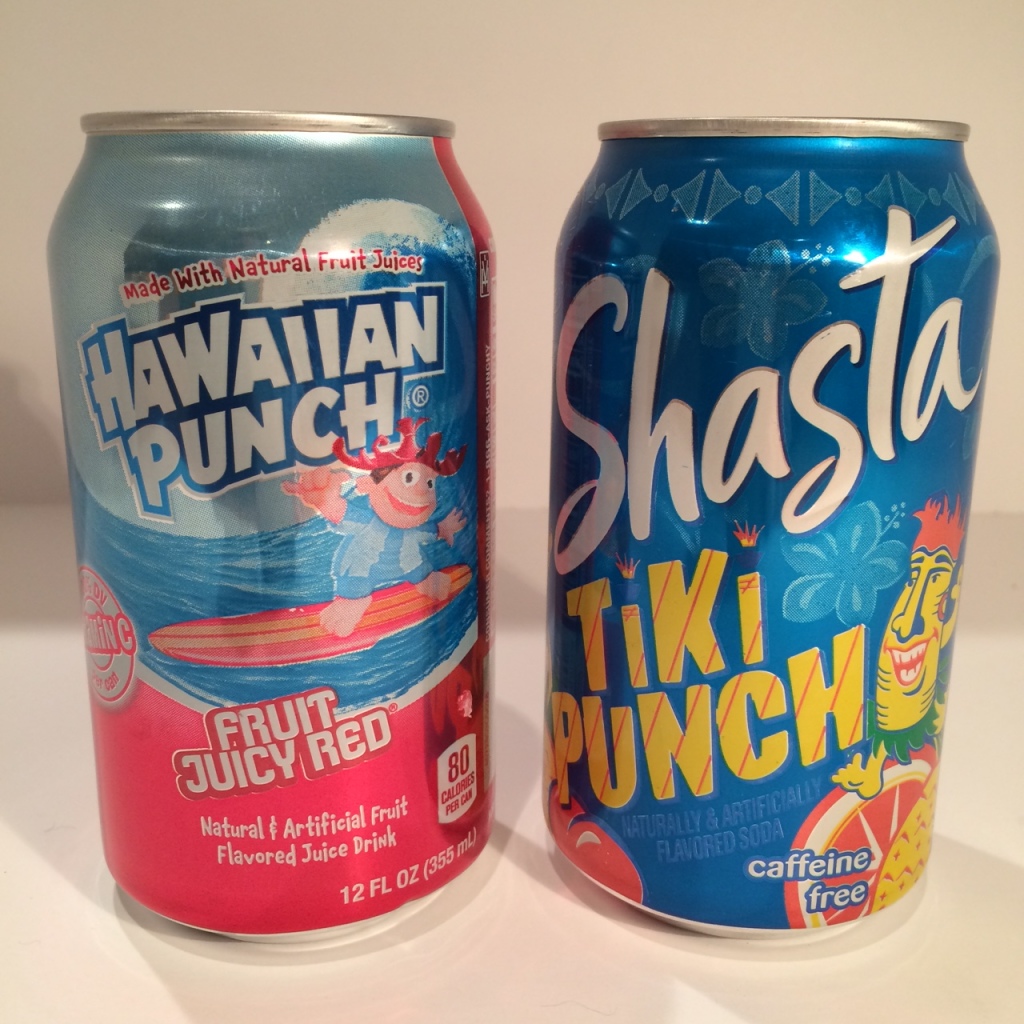 It seems funny that Hawaiian Punch is still around, like it should have died out when Capri Sun came onto the juice drink scene but I guess it’s one of those things that will never die.
Like with 90% of the products featured on this blog, this was a forbidden item in my childhood – Juicy Juice only.  I remember one time I was maybe 9 years old,  said something wise to my dad and held his hand up in a wimpy fist and said jokingly said “How would you like a Hawaiian Punch?” and in my childhood naivete I got all excited thinking that maybe he broke down and bought some as a surprise.   I said “Oh my gosh YEAH!  You got some!?” and he laughed and said “no” my face fell expressionless and I thought “I hate you”.  To me, that was nothing to joke about.  It seemed like everyone else got have Hawaiian Punch except us and to make light of it seemed cruel…so very cruel.  That’s how tough my childhood was.
Guess what dad?  You’re not the boss of me and I can buy whatever I want now, so…how would YOU like a Hawaiian Punch?  Um…yeah, so anyway I saw this Shasta Tiki Punch and was curious how it compared to it’s  Hawaiian counter part. 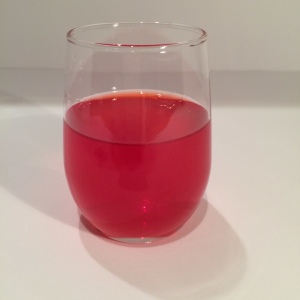 I know I must have had Hawaiian Punch at some point in life but it wasn’t more recent than middle school so I was actually kind of shocked by the bright redness of the drink that is so poorly depicted in this photo (I swear it looked brighter).  One thing Ethan and I noted was how overly sweet this was, and it even smelled sweet.  The flavor was fruity Ethan described it as a melted Popsicle or like a super sweet pineapple.  I thought it tasted liked a liquified red lifesaver.  Between the uncomfortable color and the overwhelming sweetness I couldn’t finish my glass. 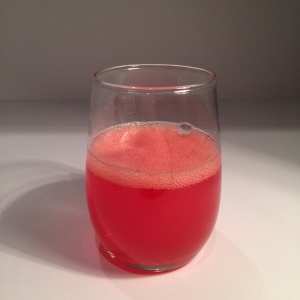 I wasn’t expecting Tiki Punch to be carbonated so that was a surprise.  Overall the flavor was pretty much the same.  In some way the carbonation seemed to cut the sweeteness just a little but I think it was really just that it was a bit watery, although Ethan thought it was syrupy.  I was reading the ingredients and there is some kind of gum in it  so I think is possible to be watery and syrupy.

Wrap up:
Gross and gross.  Okay, I guess I wasn’t missing out on anything as a kid by not being able to drink this.  I’m actually feeling a little nauseous as I write this and funny enough Ethan just said he feels like drinking more.  If I had choose I guess I’d pick Hawaiian just for familiarity and that it contains actual fruit juice (although less than 2%) while Tiki is nothing but scary ingredients.
I also wanted to point out Tiki Punch does have the better graphics. 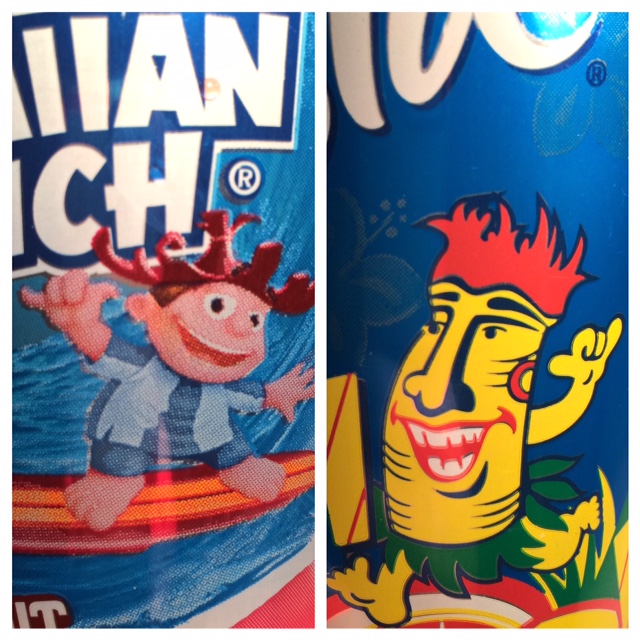 “Punchy” not only is a heavily pixelated image but the new Punchy is way lamer than the old one. I thought it was mildly interesting that they are both making the same hand gestures.   Also while Punchy is a guy, I can’t really tell what the Tiki bro is.  He/it seems to be a face that has two legs, one arm  and that’s it.  I mean, he resembles a human but there’s a some thing missing that is a little bothersome.